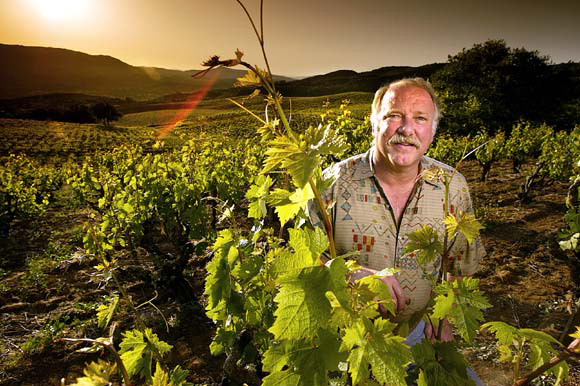 Born on the Stanley Ranch in Carneros in 1949, the California Wine scene has been part of Michael Martini’s life blood since that time.

Michael’s grandfather was Louis Michael Martini of the Louis M. Martini Winery. Louis started in the business in 1906, making wine in San Fransisco to compliment the fish business that his father and Louis were proprietors of. After a brief sojourn in Italy to sharpen his skills Louis returned and started the family’s first winery in 1908.

In 1946 Louis Peter Martini came back from World War II and stepped into production with his father, at there then, 13 year old Napa Valley Winery. He turned out to have genius in clonal selection and establishing a basis of high end vineyards on which to build the future. Louis Peter Martini made some of the cornerstone wines of the 1950s, 60s and 70s that won California the reputation it has today as the finest wine region in the world.

Louis P and Louis M were two of the finest mentors anybody could ask for. Michael knows he was lucky to have them and didn’t waste any time in trying out everything he had learned.

Michael graduated from the University of California with degree in Fermentation Science as well as having worked in the family winery since age 12. The first great advice Michael’s father gave  him was to tour France and other countries early in his career so that you can broaden your concepts and wrap them into your style. When the opportunity arose Michael traveled with Andre Tchelistcheff to France in 1981. The result was a style shift at the Louis M Martini Winery, where Michael was head winemaker from 1977 until the present.

MII is Michael going “unplugged” with a small offering of his own. Thirty years experience making hundreds of wines for the Louis Martini Winery taught Michael many lessons in technique. These wines bring them all to bear on small lots of old vine Monte Rosso Cabernet Sauvignon, hand crafted by Michael himself.